LCD Soundsystem Mark Their Comeback with Two New Tracks, “Call The Police” & “American Dream”, announce there’ll be a Vinyl version on the day of Album Release

06 May LCD Soundsystem Mark Their Comeback with Two New Tracks, “Call The Police” & “American Dream”, announce there’ll be a Vinyl version on the day of Album Release

Posted at 13:16h in Music, News by vinyloftheday

LCD Soundsystem mark their comeback with two new tracks, and announces there’ll be a vinyl version on the day of album release.

The two politically charged LCD Soundsystem singles show no signs of withering, but a return to even peak form 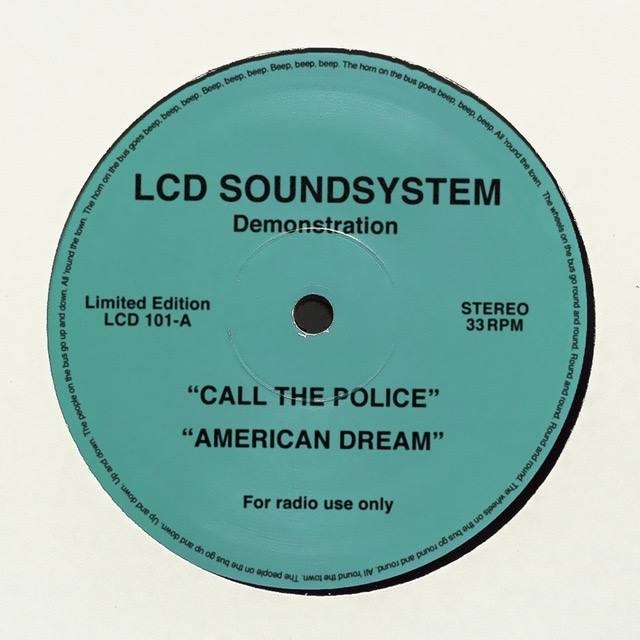 After the release of This Is Happening (2010), an iconic dance punk stunner at the turn of the decade, LCD Soundsystem wrapped up the following year – culminating the group’s glowing career in a last ever show at Madison Square Garden in April 2011.

They chronicled their farewell concert in a documentary that premiered at the 2012 Sundance Festival and followed it up with a now revered 5 LP vinyl boxset detailing the final show, aptly titled “The Long Goodbye.”

The remaining years teased glimpses of the modern indie-darlings’ comeback, with inspiring but also “depressing Christmas songs“, and ended up solidifying their reunion with a number of shows and festival appearances in 201 6. But the celebrated electronic rock outfit have went up a notch with a recent question of “standing the test of time” in a Rolling Stones article, and have finally released some long awaited music in the form of TWO heavy and dense singles.

“Call The Police” delves into the current political climate chronicling much of the aggression in a post US election year, and the subsequent “American Dream”, being the more subdued, and down-tempo of the tracks, features a gorgeous verse melody “In the morning everything’s clearer, when the sunlight exposes your age/ Find a place where you can be boring, when you won’t need to explain” and a stunningly beautiful and shattering synth riff.

Alas, in a lengthy Facebook post, head-honcho James Murphy has explained that while there isn’t a specific release date confirmed for the album, it will be on VINYL on the album release day with a cute and picturesque explanation:

“i insist that there is vinyl on the day it’s released (because… well… because i’m an old person) so it will go like this: finish last mix > get to bob to master > get masters to pressing plant > plant takes X amount of time > records get to distro so that they can go to stores > record released. however long that takes = when the record will be out. i can control the first part, and i’m furiously trying to get everything to bob before shellac goes on tour and that pushes things further back, and then there’s the jockeying for position in line at pressing plants, and various other things i don’t control nor fully understand, but i’ve been assured by folks i trust that there are a series of fast runners in sweat wicking clothing waiting at the line for the baton to then bolt forward…”