Posted at 13:22h in Gear by vinyloftheday

Available now, the Audio Technica AT-LP3 is a considerable option if you’ve initially thought of the AT-LP60/120 or LP5

Announced at CES 2017 in January this year, the LP3 was maybe overshadowed by some of the other headline grabbing releases like the return of Panasonic’s legendary SL-1200. As of today, it’s probably been out for a month now and strategically offers itself as a truly interesting option that will be sure to give you a bit of a selection headache. (Especially if your budget is around the $250 to $400 range)

For starters, it’s a $150 more in US Dollars ($250USD/£199/$388 SGD) than the LP60 ($99USD) and is just about the same price as the company’s LP120. With the latter being stylized over the Technics SL-1200, the design of the LP3 has been compared to Pioneer’s very otly attached to the platter) – best deswn PL30K, with audiophiles citing the fully-automatic belt driven system (which basically means it uses an isolated motor that spins the platter with a belt v.s. a motor that is direccribed & explained here, and interestingly enough – adjustable tracking force and anti skate, manual features an audiophile would deem handy.

The build quality seems to be a neat turn from the pretty “plasticky” and light LP60 (which also sports a belt driven system) and design wise, it’s a lot more minimal compared to the LP120 – lacking a USB function and the pitch control. Even though it also comes at the same price as the LP120, it’s unable to play any of the 78RPM records (it plays just 33 1/3 & 45) – which shouldn’t be a worry if you don’t collect pre 1950 records and is a casual listener – which we firmly believe is still the target audience, considering it’s sleek, minimal design and somewhat entry level low price for turntables.

All in all, it’s still a decent upgrade from any $100 turntable without reaching the $400 pricing of the LP5, with better sound quality with its AT91R cartridge and a more sturdy, build quality and look.

Oh and yes! It also comes in a beautiful white version that personally I find more visually pleasing. 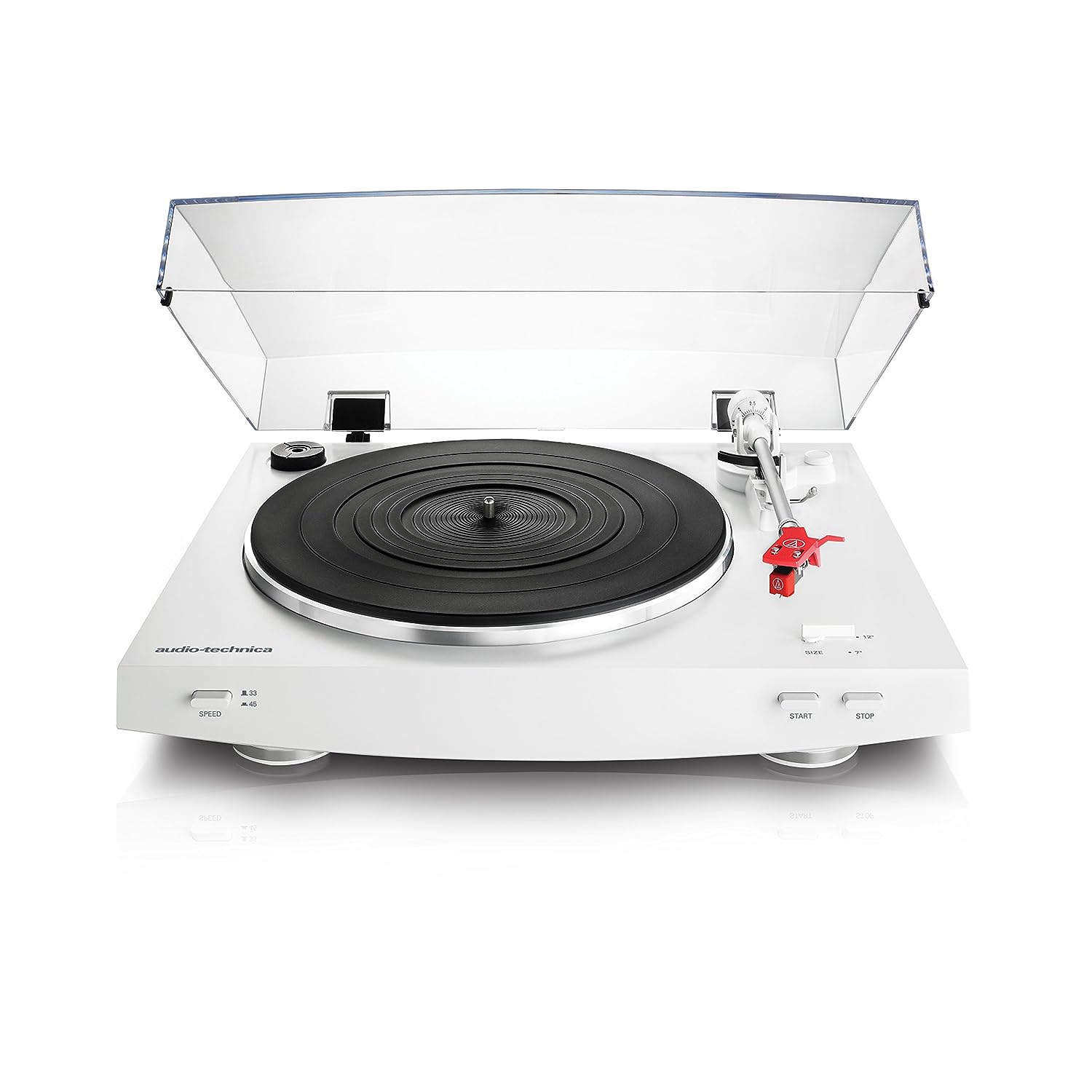 Purchase the AT-LP3 and find out more about the product here.