Posted at 11:35h in Music by #vinyloftheday

In view of the iconic dream pop album’s 26th birthday, the story behind Cocteau Twins vinyl art is revealed 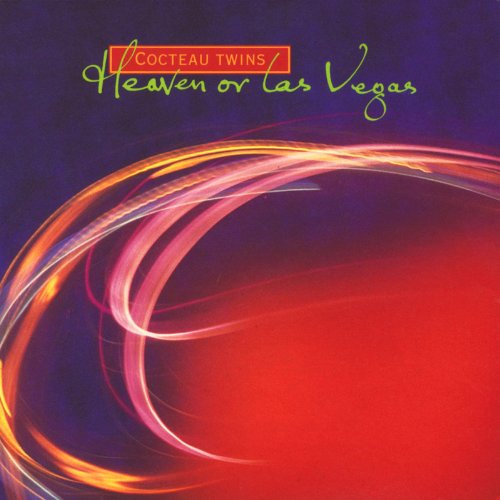 In an article off Form, the story behind the makings of the iconic vinyl album art has been revealed after a dive through some archives.

According to the piece: Form partner and design student Paul West who wrote a thesis “on the marriage” of album cover art and the music it packaged, interviewed designer Vaughn Oliver from 23 Envelope. The friendship led to Vaughn asking Paul to then work on the Blue Bell Knoll (1988) Cocteau Twins album cover.

For Heaven or Las Vegas, Paul met with photographer friend Andy Ramball, and the duo sought to really ‘capture the ethereal’ as Robin put it.  The duo creatively experimented with photography, spending all day and night in an improvised kitchen studio shooting with “sparklers, colour fades and clothing”, “anything” they’d put it to capture that out of this world experience. The final version that’s now on the album cover is the result of long exposure photography and flicking Christmas tree lights forwards and backwards over a coloured backdrop. Read more about the film processing and even the making of the Cocteau Twins signature logo in that piece by Form here.

The Complete Live Streaming Guide for DJs and Musicians

Record Safari – A documentary about the joy of collecting vinyl